Getting Anodized red lugs and many more to come.

Installed Megan sping, 1.5'' drop all around. 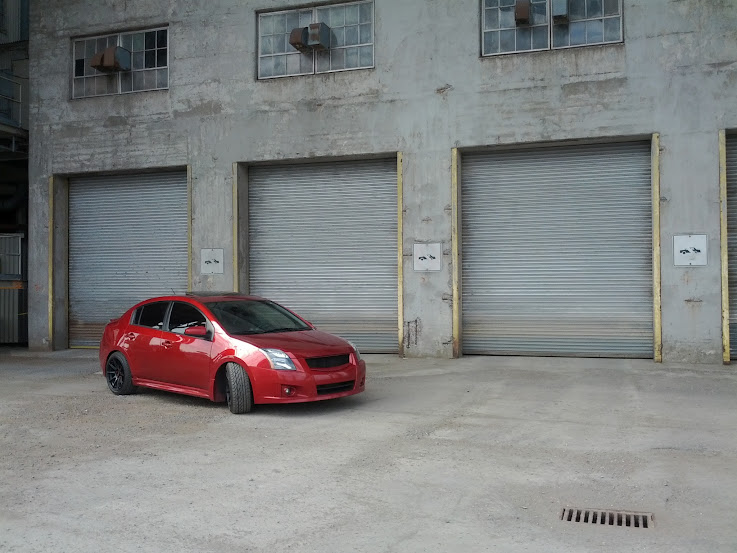 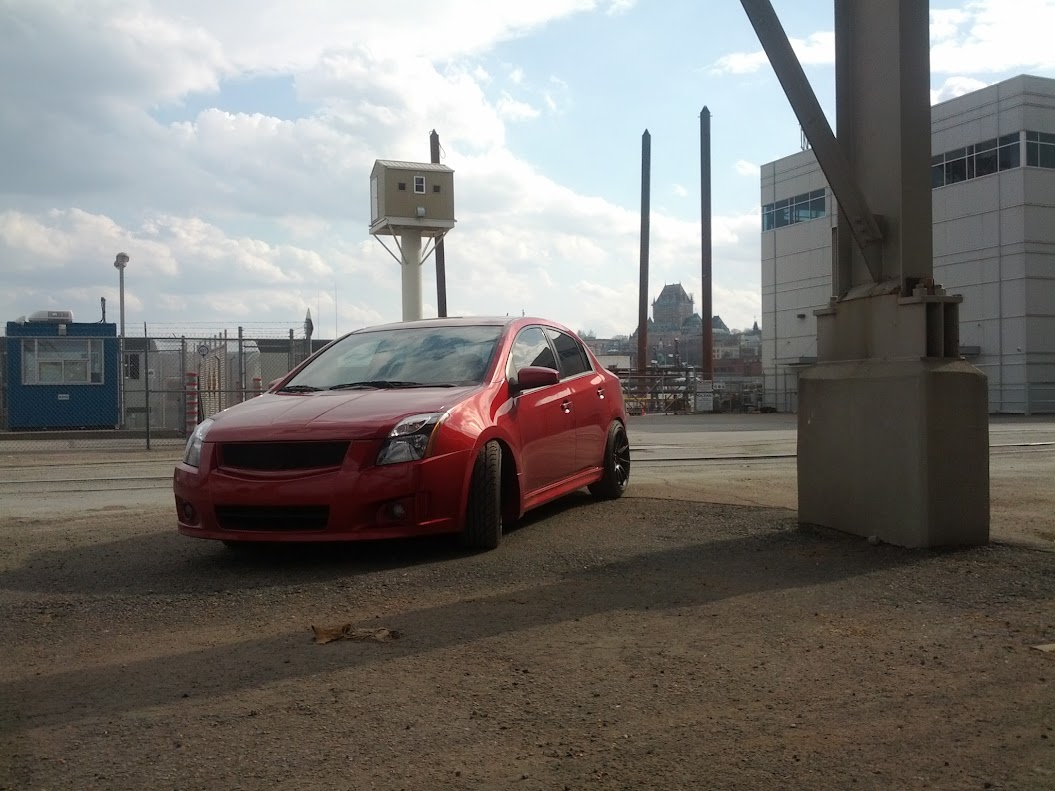 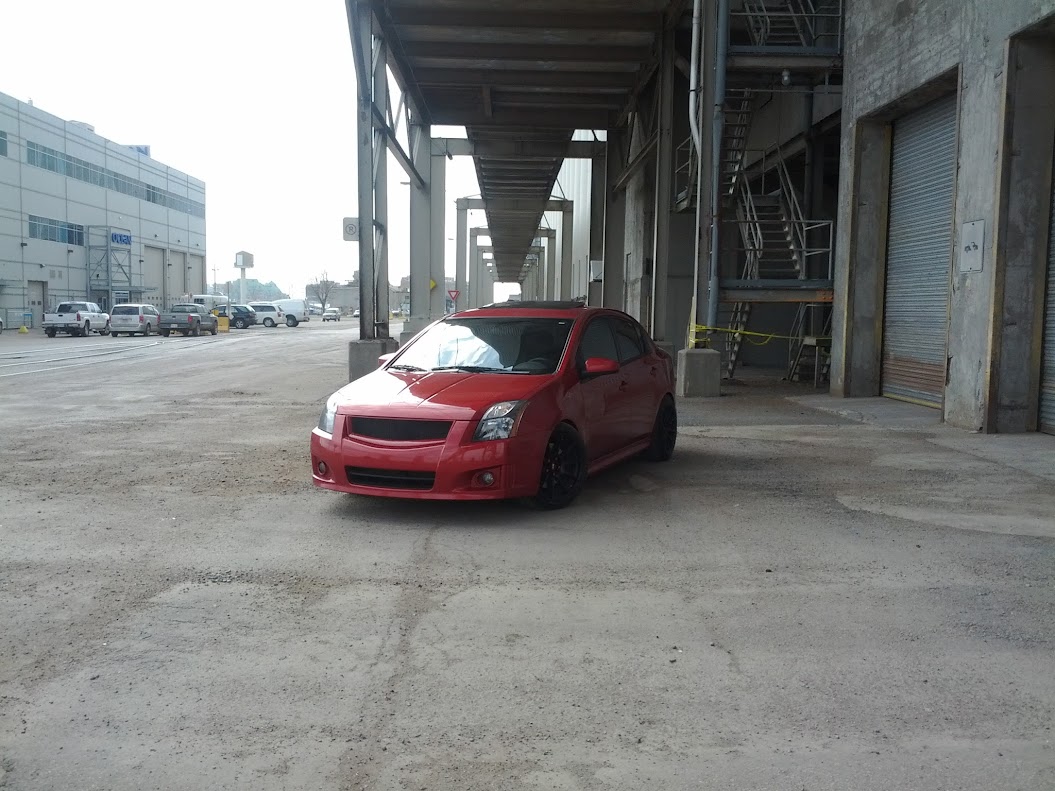 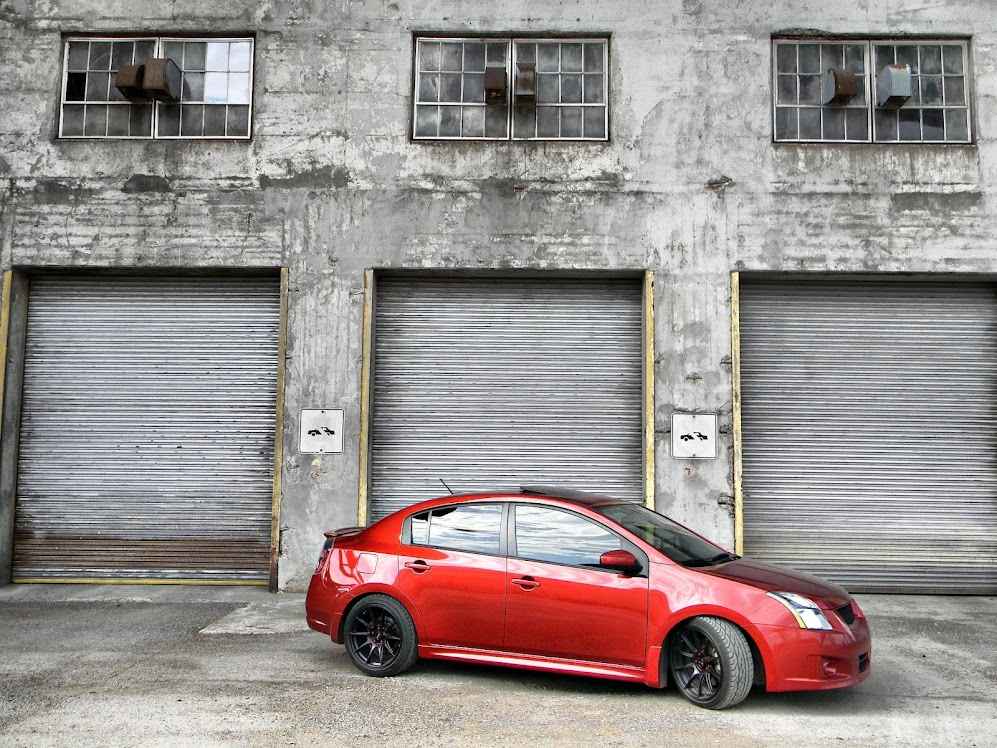 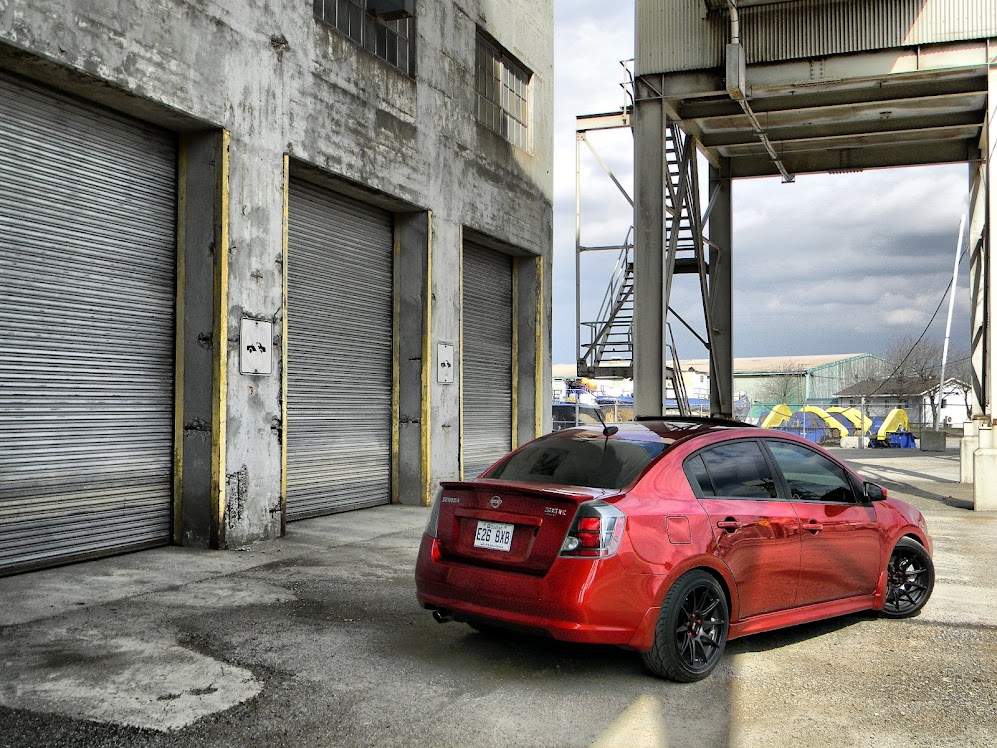 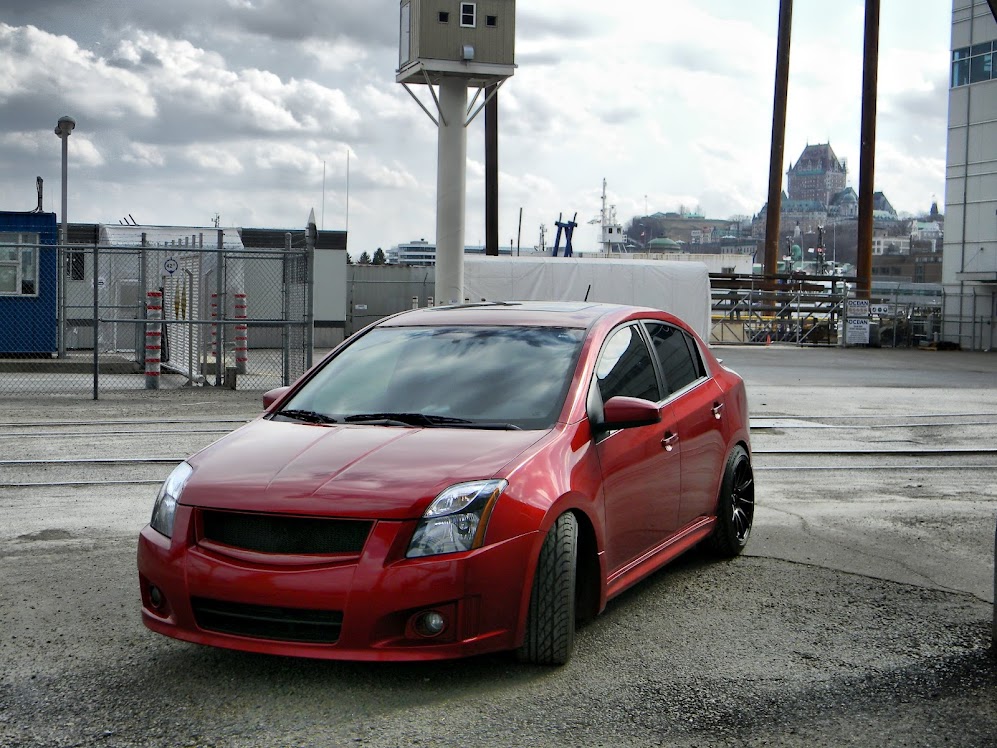 As she sit now.


So...... here we are. I took a perfectly working car, and went serious. All I can say is thanks to Jamie( Axelgtr) and Kevin ( Dbrainx) we all have our blood and sweat in this, even tears.

On March 23, if i'm right, I went to Montreal to meet Jamie and Kevin. We installed our cars beside each others and started swapping parts. We had hell, parts were rusted, and full of salt. Not the best time to do ANYTHING on a car. Budget was also on diet, and went worst when i got trapped doing 137km/h in a 100 km/h zone...( 400$ and no point loss ).

We finished Sunday evening and I had to go back to Quebec city the same day, I could not delay anything. We had an horrible P0101 SES, the down-pipe flange was broken so the down-pipe was very close to the alternator, same down-pipe that I had to force to fit on the stock exhaust... I was also on 850cc injector and our K factor was a mess. And...this happened.

Let me tell you guys, Jamie's an angel, he helped me tru everything, got all the gaskets, oil, and misc stuff needed for the swap. So when he saw that there was no way I could go back to Quebec city, we finished his Sentra, and he let me drive it for 3 whole months! He had another car to use, but I didn't ( THAT'S WHY YOU NEVER, EVER, EVER TURBO A DAILY DRIVE).

Car sat a long while in Montreal, in the worst neighborhood, Jamie had to tow it to Quebec city for me...

Anyway we are still having the P0101 issue, I didn't know that the alternator was dead and the car would not start. One weekend, I worked on the car found out the issue, ordered an alternator and got the car starting. Later on I figured that you simply turn off the DTC in uprev to fix the issue...

When the car drove, I found a mechanic nearby the fix the V band issue and install a 3'' exhaust all around. No cat, just a 24 inches resonator.

We are now in early May.

Jamie needed his car because he was returning his to the dealer. We still haven't done the suspension swap. This was also an issue. Rusted bolts are bitches.
I was panicking, I drive 45min twice a day for work and I still didn't have a backup car. My mechanic still had the car. I decided to remove the 850cc, use the TRE 440cc for this summer and use the wastegate spring ( 7/8 psi) I will reinstall the 850cc later when I get a skilled uprev tuner to do it. I'm thinking about going to Evan's tuner in NJ, I will see, but this will only happen later this summer or next year. I also had an Issues with my fuel rail but thanks to ALEN here on this forum, he sent me a brand new one for free.

My mechanic finished the line, I did some uprev tweaking with Jamie's help and. I met with Jamie to finish all the swap and stuff. I called Joe at 2JR and he hooked me with massive help, an alternator bracket for a good price and a Uprev tune that actually fixed every issues I had with the car. I killed the SES light for a few codes and now I can say i'm comfortable tweaking the car myself.

Meanwhile I was lucky enough to find theses wheels at a killer deal. I bought these 500$, sold the tire on them for 280$, powder coated them for 200$.

You will see the result later in this update.

All the stuff added are stuff I bought over a long period. I had the vinyl since 2011.

I then proceeded to paint all my random part because the car was still in bad shape paint wise.

Look at my friend license plate haha I think we got our car the same day.

Vinyl roof and lip done in black gloss. Better pics to come when I find a real camera.

engine as it stands right now

Thank you everyone for your support, help and advice. There is a lot left to do on the car, and projects I could not complete for 2013 ( like the LED housing), but its the pleasure of tuning, it's never really done inst it?

I live my life a quarter mile at a time, for those 15 seconds I'm free.

and damn that color is sexeh....

does QC law prevent front window tints? i find it looks rather odd to have such a dark tint on the rear windows, and none at the front.
2011 Sentra SE-R | Mods: None Yet , Im getting the front window tinted next week.

We have created lots of YouTube videos just so you can achieve [...]

The best flat phpBB theme around. Period. Fine craftmanship and [...]

All you need is right here. Content tag, SEO, listing, Pizza and spaghetti [...]

this should be fantastic. but what about links,images, bbcodes etc etc? [...]